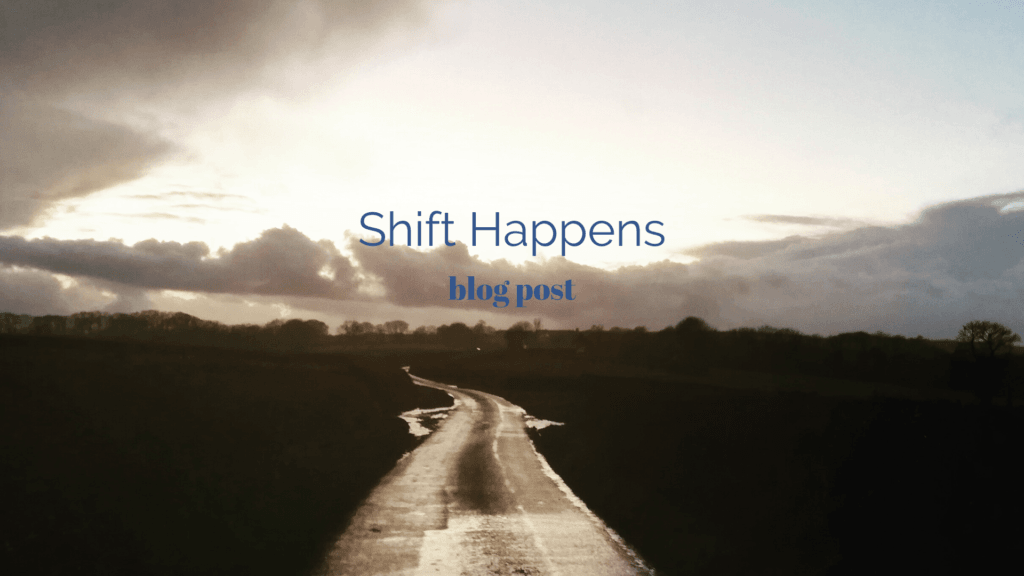 Winter Solstice 2019 Here are some reflections and a soft personal statement about current changes within and without written with yoga colleagues, students and those who know me in mind. Maybe it resonates for you.

A paradigm is a framework of unwritten rules that we only notice once it is challenged. A paradigm shift represents a change in fundamental assumptions and implies a new practice or action. In the UK in the past year elements of the social and political paradigm have been turned upside down. The shift is happening with a lot of questioning, discomfort and resistance. Some people hold on, some get practical, some wait and see, some see it as an opportunity to embrace something new. There can be fear of letting go or there can be a relief at leaving old stuff behind.

It goes without saying that spiritual growth is about being open to a changing perception of reality. Anyone on the spiritual path will recognise that the way they see things has changed, and probably many times over in small ways and large. Things that seemed important become faded, lose their taste or even become distasteful. Metanoia is the (Greek) word used in the New Testament for a change of heart-mind or conversion. There is a re-formation but first there has to be a ‘destruction’.

In yoga, destruction of the old and transformation is represented by the aspect of God called Siva. Depending on the depth of change and how wedded you are to the old reality, this energy feels on a range from uncomfortable to possibly intolerably painful. It means a time of lostness and wandering: the old moorings have gone, the new landing place is not in sight. No sooner had Jesus been baptised than he was led by the Holy Spirit to the wilderness for a time of testing and cleansing. The shift can’t happen without loss, uncertainty, pain or…faith.

The Sivananda organisation in which I grew up spiritually has been rocked by an allegation of historic sexual and spiritual abuse by its founder, Swami Vishnudevananda (1923 – 1993). The allegation reads as true, not at all malicious. As a result, in a #me too wave, other women have come forward, also with allegations of more recent sexual misconduct by current senior male teacher(s). Long-time students and teachers feel they have had the rug pulled out from under us as we had always understood our organisation was immune from this kind of unethical behaviour, and because as a monastery we believed celibacy was upheld by the swamis (monks). We never imagined our teacher could be anything like the numerous other yoga gurus or Buddhist teachers who have been shown to be shockingly systematic abusers.

As well as feeling compassion for the victims who, because of the insidious paradigm can only come forward now, we feel disgust and anger that we were lied to. Leaders in the organisation knew, and they covered it up, making something of a hagiography of Swami Vishnu (to be fair, his irascibility is mentioned). Many of the international body of sincere students (including 40 thousand plus trained teachers) is angry and confused, judging by the facebook pages, and are coming to terms with an authority based on a lie. Other previously stifled expression of spiritual abuse in the organisation are being given by individuals. Probably we can discern the eternal truth of yoga, but the feeling of taint overwhelms just at the moment.

For me there is relief. It gives clarity to some other aspects of the organisation culture which I experienced and observed. Since I became confirmed in 2016 in the Church of England, I have been in discernment about what is true in yoga – an ongoing process. Yoga Vedanta, through the Sivananda organisation, brought me so far over 25 years or so, and I recognise and am grateful for that. But what I have discovered now through Christ is another dimension. So, relief: the revelation helps me let go of a lot and affirms my new direction (landing place not in sight though). The news happened to come on the day of the election, at this liminal time of solstice, with the new life and light that Christmas represents in view, and also as we move into a new decade. This synchronicity encourages me to embrace this personal paradigm shift. Roll on the twenties!

A prayer  Please sooth and support all affected by abuse and aid the route to justice and forgiveness. I ask God for blessing on all who are at a crossroads on our spiritual path. May we be grateful for the teaching that has carried us to this point. May we have the grace to recognise where we are in the pattern of spiritual transformation (dying and rebirth), and the discernment to choose the next step wisely. Give us grace for our onward journey. Hari Om. Amen.